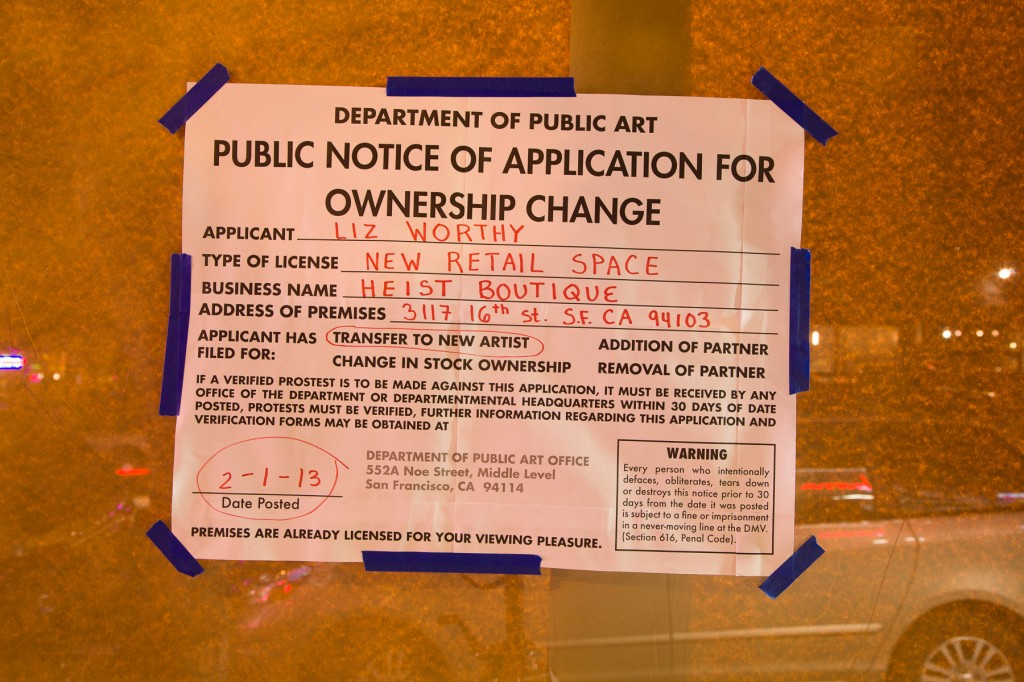 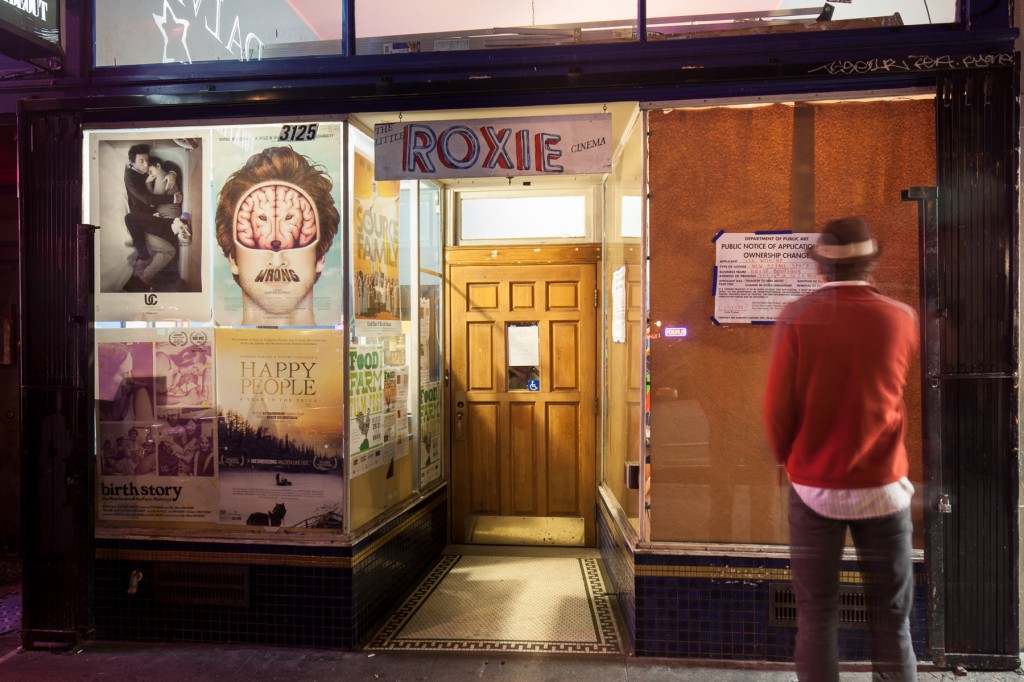 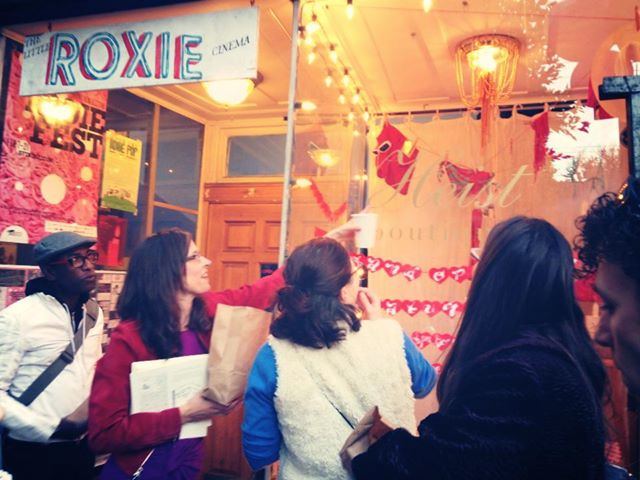 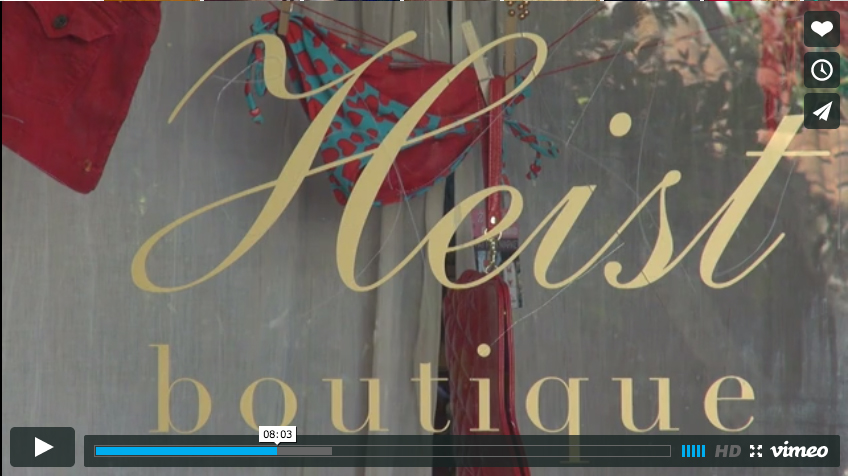 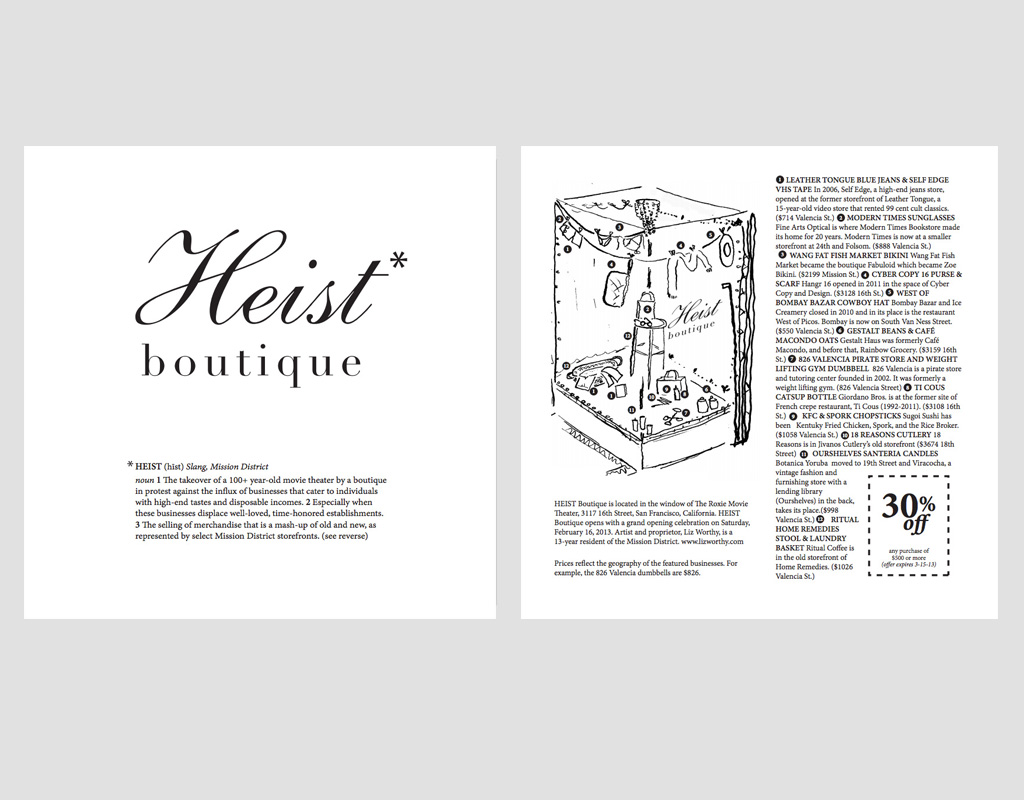 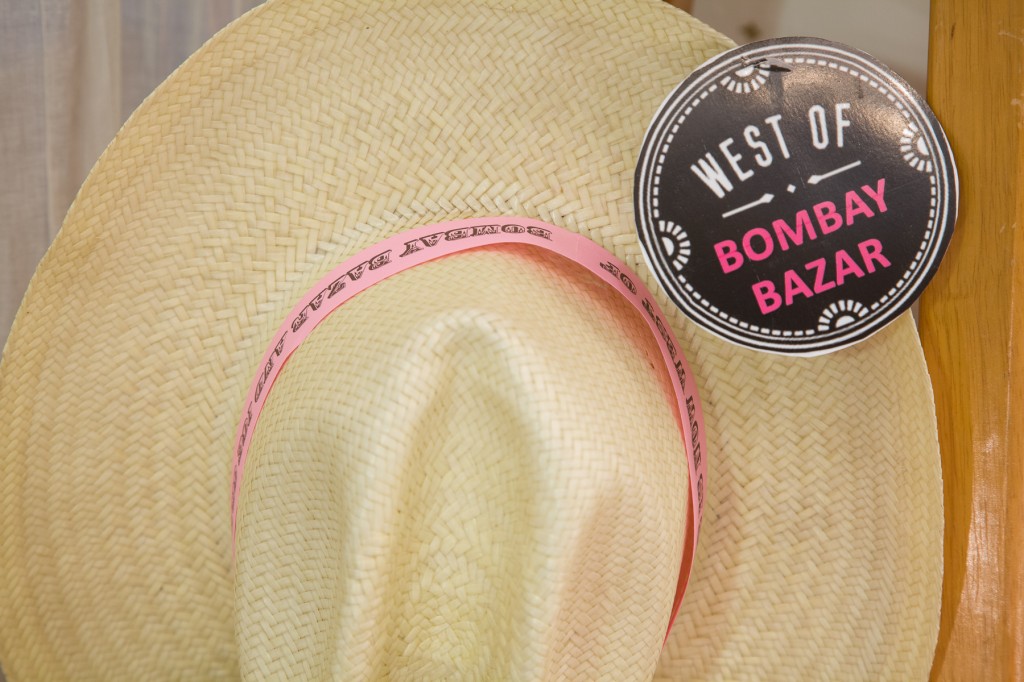 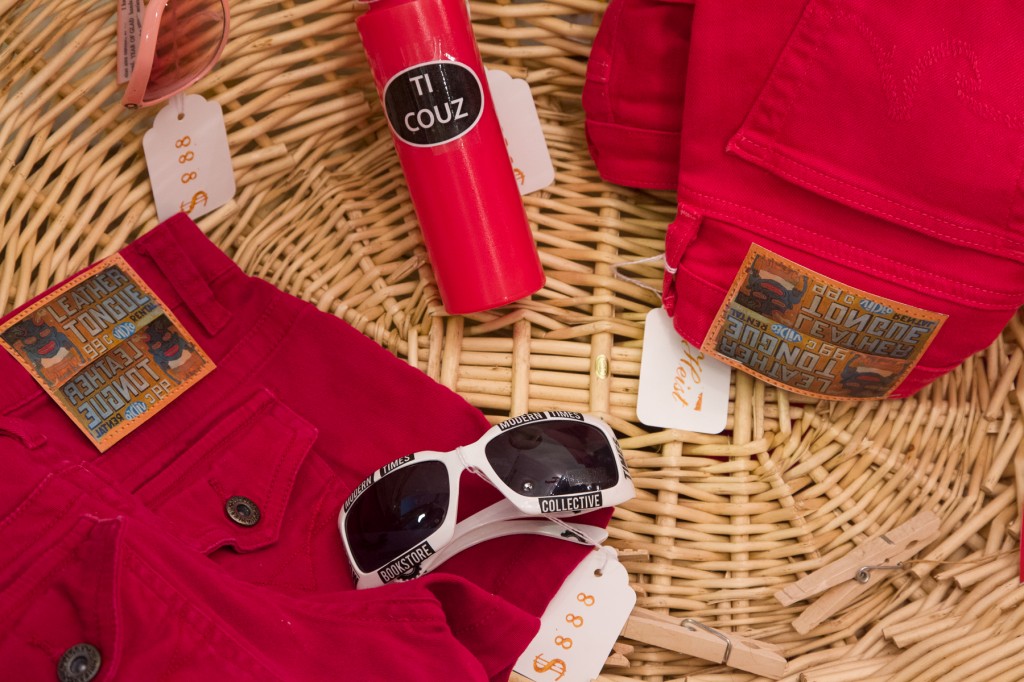 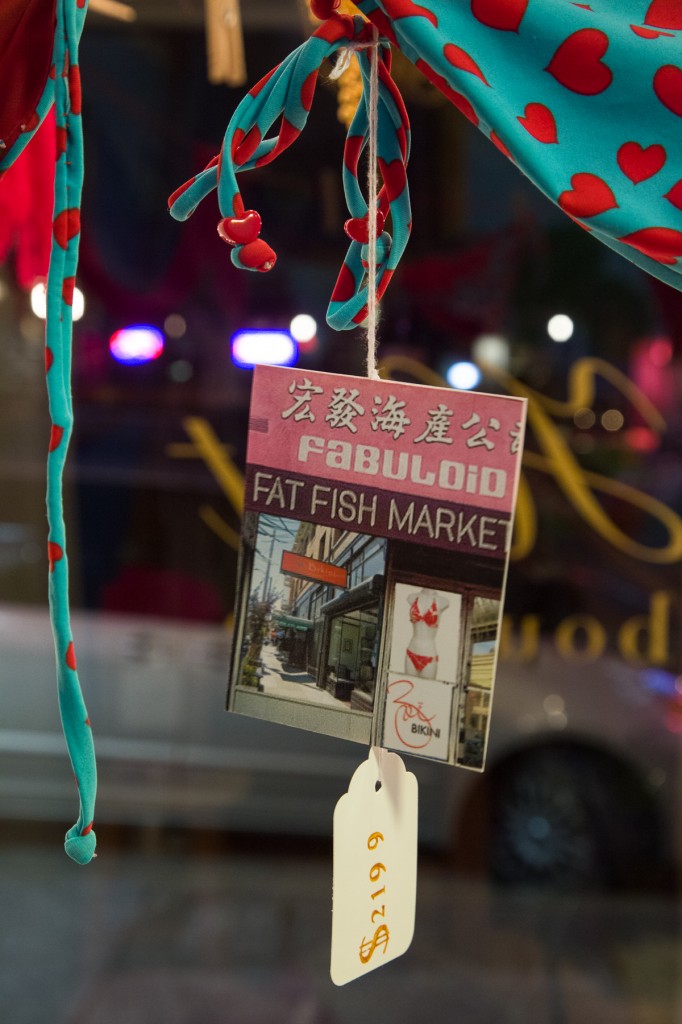 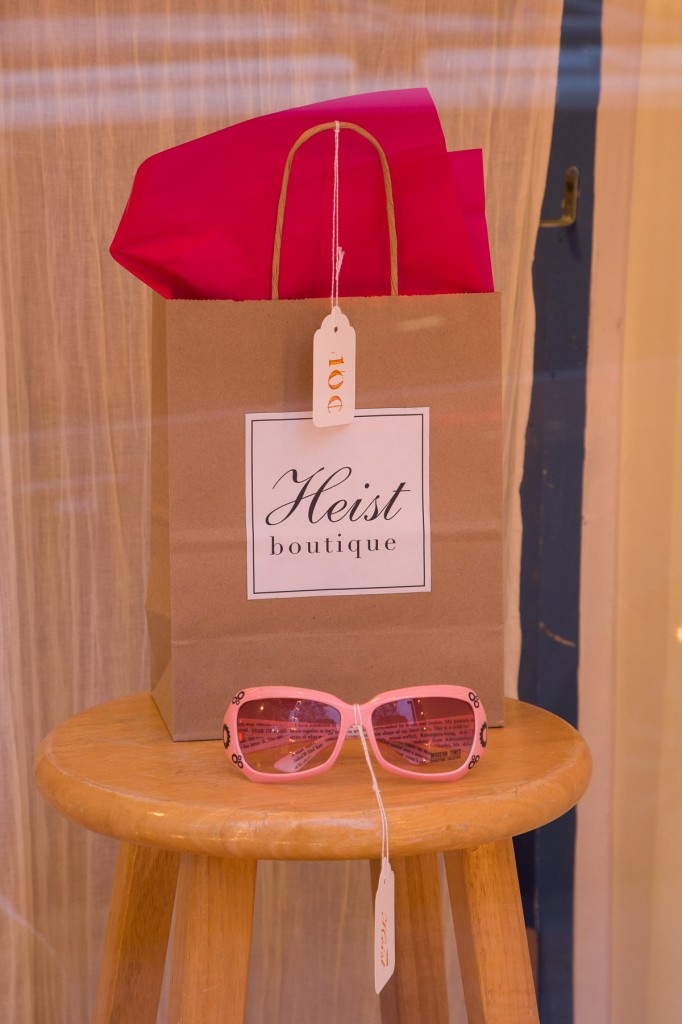 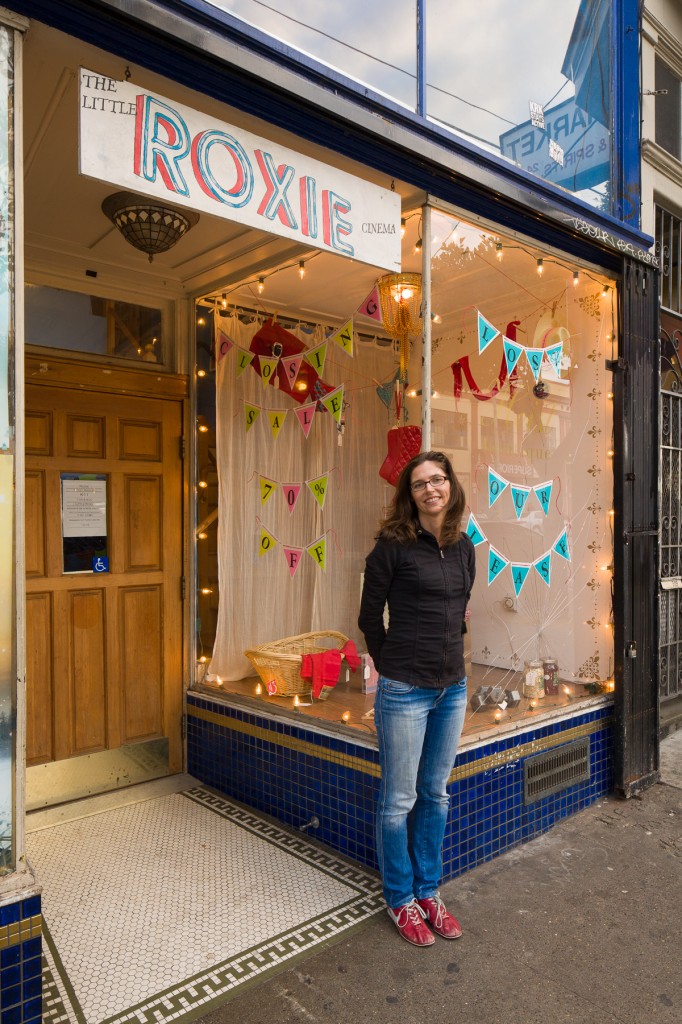 What A window display masquerading as a new boutique When Spring 2013 Role Building and maintaining the creative vision Highlight The conviction factor –  people believed the Roxie really was closing and becoming a boutique.

Story  This project was at a 100+ year old movie theater in the heart of San Francisco’s Mission District  I wanted to captured the Woah factor long-time Mission dwellers were feeling as their neighborhood underwent rapid change. Just across the street, 24-year-old Adobe Books was loosing its lease.

My theme became a boutique that takes over the Roxie Movie Theater, at once a startling yet plausible scenario. The boutique told the neighborhood’s retail history through its merchandise. For example, to capture how Modern Times Bookstore’s venue was now the home of Fine Arts Optical I created “Modern Times sunglasses”. Other mash-ups included Kentucky Fried Chicken chopsticks and a Wang Fat Fish Market bikini.

The boutique rolled out in several phases, taking advantage of the fact that many people passed the theater on a regular basis. First, I papered the windows and created a “change of use” sign, causing some to enter the theater offering their condolences and others to congratulate me on my new boutique. After several weeks, I tore the paper from the windows, passed out promotional fliers, and served popcorn as pink and red balloons waved in the wind. In the spirit of rapid change, the boutique eventually lost its lease and I re-papered the windows.